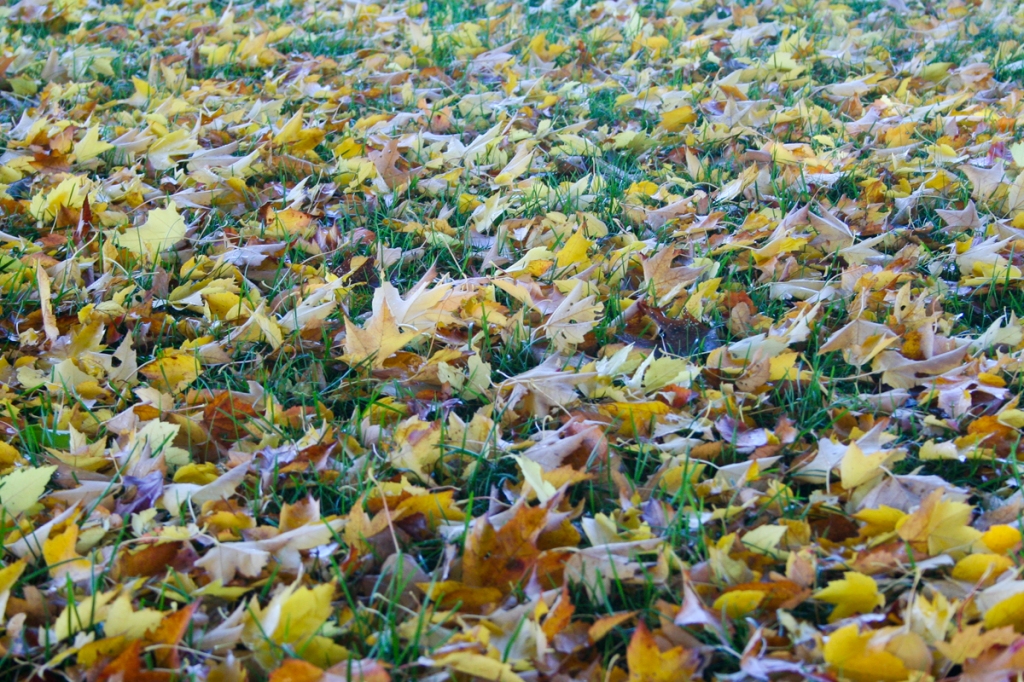 An original author interview? It’s almost impossible to answer interview questions without sounding pompous and clichéd, but I tried.

What are your five favorite books, and why?

My favourite book is usually the one I’m reading. My memory is getting so bad I have to look at the books I reviewed on Goodreads, Amazon, and Booklikes to remember what I’ve read. Right now I’m reading Vincent Lam’s The Headmaster’s Wager.

What do you read for pleasure?

“They” say you should read what you want to write. I’d want to write literary fiction. Unlike genre fiction, I like that they’re not predictable. My novels aren’t predictable either. I always think they’ll be more popular.

What is your e-reading device of choice?

I read on my computer. I’ve been planning to purchase an e-reader for two years but can’t decide what make of model to get. I’m usually more decisive – I think.

What book marketing techniques have been most effective for you?

I’ve tried Bublishing, giveaways, blogging, tweeting, posting entire works of Wattpad, and listing my four novels on most the English language sites known to man including Goodreads, LibraryThing, BookLikes and Amazon Author Central. For me, nothing works. I have no idea how I garnered the few reviews (all positive, mind you) that are attributed to my books. The only thing I can assure you is they were written by (wonderful) people, not related nor associated with me in any way, and, even if I could afford it, I’ve never had nor would I ever pay for a review. So there.

A desk? What a novel (ouch!) idea. I don’t have a desk. I write on the dining room table which, depending on the time of day has dirty dishes, junk mail, unsharpened pencils, several pairs of Dollar Store reading glasses all the wrong strength, unpaid bills, bank statements indicating unpaid bills, newspapers, library books (better to check if they’re overdue) and a variety of notebooks none properly indexed so I never can find that fascinating bit of dialogue absolutely essential for the scene I am currently writing.

Where did you grow up, and how did this influence your writing?

Depending on who you ask, I have yet to grow up. How did being chronically immature influence my writing? I’m still naïve enough to think I have talent and that there’s time to prove it.

When did you first start writing?

My first year in high school, I was twelve, I wrote a short essay on how much I hated being there. My English teacher read out loud to the class. He either thought I showed promise or was trying to humiliate me, probably the latter.

What’s the story behind your latest book?

I had a client that owned peeler bar. Actually, he didn’t own the bar, the organization he was a member of, The Hell’s Angels, owned the bar. He used to pay the advertising bill in cash. Should I have cared the payment I receive was likely laundered drug money? Would you have? I started to wonder how much narco-dollars influenced our everyday lives so I did some investigating (I’m a journalist by profession). What I found out shocked me. Overtly and covertly, the billions of dollars derived from the illegal drug trade influences every level of our lives from the wars we fight, the governments we elect, the cost of healthcare, and most importantly and tragically, our personal relationships. Don’t think so? Ask yourself, how many people you know that have been negatively affected, directly or indirectly, by drugs? See what I mean.

The BIG PICTURE – A Camera, A Young Woman, An Uncompromising Ethic, tells the story of a young photographer and how she struggles to live a life that is uncompromised by the influence and corruption of drug money.

What motivated you to become an indie author?

How has Smashwords contributed to your success?

They haven’t – yet. But all the same, they seem like nice virtual people.

What is the greatest joy of writing for you?

My greatest joy came when I was walking by the huge Chapters Book Store on Granville and Broadway and in the front window prominently display was a towering pyramid of my novel, The BIG PICTURE – A Camera, A Young Woman, An Uncompromising Ethic. I was savoring the moment when an attractive woman came up and asked me, “Are you Rod Raglin?” Before I could reply, she called out, “It’s him, it’s the author, Rod Raglin”. People began flocking around, some came out of Chapters insisting I sign my book they had just bought, the sidewalk became plugged, the crowd spilled out onto the street and stopped traffic. I finally was able to hail a cab that took me to the CBC where I was to be interviewed on national television as that year’s recipient of the Scotiabank Giller Prize and pick up the cheque for $25,000.

Then I woke up.

What are you working on next?

My next novel, Forest, is about a burned out foreign correspondent who returns home to try to solve the disappearance of his father and reconnect with his first love. As the story unfolds he runs afoul of the local drug dealer and his lover’s ex-husband, tries to locate a legendary lost gold mine, and has an encounter with mythical Sasquatch. It’s about love, loss and things that go bump in the forest in the night.

Who are your favorite authors?

I’m a big fan of Anna Quindlen and more recently Jean Thompson. They write my life.

What inspires you to get out of bed each day?

I usually have to go to the bathroom. It’s not really inspiring as it also happens several times throughout the night.

When you’re not writing, how do you spend your time?

I’m on a pretty tight budget until The BIG PICTURE – A Camera, A Young Woman, An Uncompromising Ethic becomes a best seller. I really can’t afford to spend anything, even time, but whenever I can afford it, I spend it out of doors doing out of doors stuff.

How do you discover the ebooks you read?

I go to the library, locate the general fiction shelves, close my eyes, walk down the aisle trying not to bump into anyone, stop, keep those eyes closed, reach out and choose a book. I take it home, read it, and, if I like it, research to see if the author has any more titles and if any of them are e-books. Try it. I’m sure you’ll have as much success with this random way of selecting books as any other method. Oh, don’t forget to open your eyes once you’ve selected a book.

What is your writing process?

I write one word, followed by another, than another until I have around 80,000 of them. I am seldom inspired, but damned if I ain’t persistent.

Do you remember the first story you ever read, and the impact it had on you?

When I was about ten, I started sneaking Harold Robbins novels from my parent’s bedside table. The first one I read was A Stone for Danny Fisher and then The Carpet Baggers. I re-read the smutty parts so often the books fell open to those pages. Hey, I was ten.

How do you approach cover design?

I make sure the title and my name are not misspelled.

My new novel, The BIG PICTURE – A Camera, A Young Woman, An Uncompromising Ethic is now available on Amazon at http://www.amazon.ca/gp/product/B00LTXGD58

Visit my publisher’s website for excerpts from, and buy links to, my three novels, Spirit Bear, Eagleridge Bluffs, and Not Wonder More – Mad Maggie and the Mystery of the Ancients. Now the three package is only $8.99 http://devinedestinies.com

Read my current work(s) in progress a http://wattpad.com/RodRaglin

More of my original photographs can be viewed, purchased, and shipped to you as GREETING CARDS; matted, laminated, mounted, framed, or canvas PRINTS; and POSTERS. Go to: http://www.redbubble.com/people/rodraglin

Or, My YouTube channel if you prefer photo videos accompanied by classical music 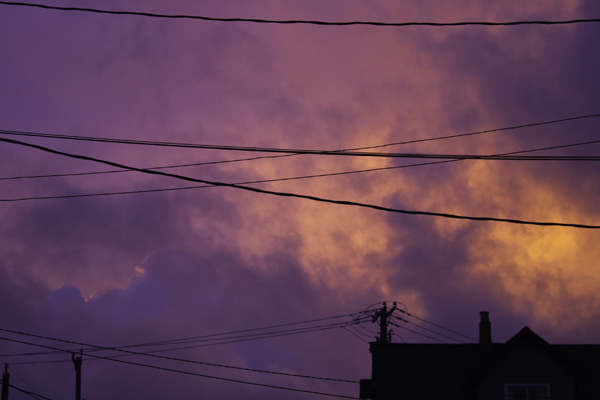 There’s a restaurant that’s been a client of my newspaper since they opened. It’s family owned and has been in business for over thirty years. In Vancouver, where there are far too many restaurants, to survive under the same ownership for over three decades is really quite amazing.

How did they do it?

This trilogy – good product, good price, good work ethic are absolutely essential for a business to succeed. Are they are a guarantee of success? Absolutely not.

Competition, rent increases, economic recession, a change in the neighbourhood’s demographics – any one or a combination of all can broadside a business and, if they’re smart, close their doors in six months.

Somehow this restaurant managed to weather most of these obstacles and slowly, very slowly, business grew. As it did, they grew with it – always learning, always incorporating what worked and discarding what didn’t. After a quarter of a century of being in business in the same neighbourhood they were doing okay – a steady clientele and lineups on special days like Valentine’s and Mother’s Day.

The concept of 10,000 was put forward in Outliers, a book by Malcom Gladwell. He postulates that “10,000 hours (ten years) of practice is required to achieve the level of mastery associated with being a world-class expert – in anything”, and backs it up with research by Daniel Levitin, a neurologist.

Success, according to Gladwell, follows a predictable pattern. It’s not the brightest that succeed, nor is it the sum of the decisions and efforts we make on our own behalf. It’s less about talent and more about opportunity, plus accidents of time, birth and place which can matter greatly.

For my restaurant friends it came in the way of a national food show called “You Gotta Eat Here”. Twenty minutes on the Food Channel from coast to coast. The customers came in droves, some as far away as a150 miles. They kept coming, they’re still coming and because the owners had put in their 10,000 hours they can handle it.

Today, the restaurant is more or less full every night with lineups on the weekend. I seldom go there anymore, it’s just too busy, the family members aren’t on the floor, and the food and service has slipped significantly.

Yet the positive reviews just keep piling up. It’s as if no one has the courage to go against the crowd. If they have to wait to get in, wait to be seated, and wait for their order, it must be great, right?

Reminds me of some books I’ve read by bestselling authors. Once great, they now have a reputation that seems to intimidate honest criticism of their current work.

So where would this restaurant be without You Gotta Eat Here featuring them on national television? Likely, still grinding it out one day after another.

Forty years as a journalist and columnist, four novels behind me, three dozen blog posts – I must be coming up on my 10,000 hours.

I’m looking for “the” opportunity and it doesn’t appear to be available through social media or laboriously attempting to cultivate individual relationships with reader’s one email at a time.

My new novel, The BIG PICTURE – A Camera, A Young Woman, An Uncompromising Ethic is now available on Amazon at http://www.amazon.ca/gp/product/B00LTXGD58

Visit my publisher’s website for excerpts from, and buy links to, my three novels, Spirit Bear, Eagleridge Bluffs, and Not Wonder More – Mad Maggie and the Mystery of the Ancients. Now the three package is only $8.99  http://devinedestinies.com

Read my current work(s) in progress a  http://wattpad.com/RodRaglin

More of my original photographs can be viewed, purchased, and shipped to you as GREETING CARDS; matted, laminated, mounted, framed, or canvas PRINTS; and POSTERS. Go to: http://www.redbubble.com/people/rodraglin

View my flickr photostream at  https://www.flickr.com/photos/78791029@N04/
Or, My YouTube channel if you prefer photo videos accompanied by classical music
https://www.youtube.com/channel/UCsQVBxJZ7eXkvZmxCm2wRYA